As a part of the European art festival “WIR SIND WOANDERS #2” Bildwechsel will host a workshop on the situation of mainly womans artists in Poland, Scotland and Germany. 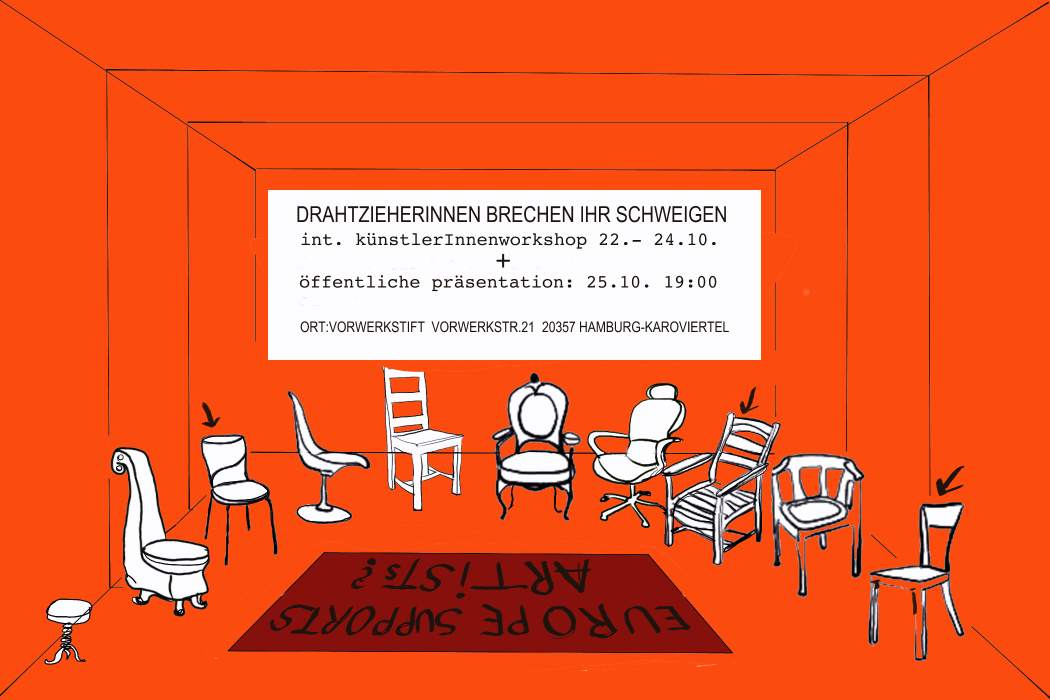 Members of the Bildwechsel bases Warsaw, Hamburg and Glasgow will talk on three days about the situtation of women artists in the different countries, the situation for visiting women artists, the different possibilities (women) artists can take advantage of in their countries/cities etc, what support systems are there, what kind of things can you invent to help you, and so on.
END_OF_DOCUMENT_TOKEN_TO_BE_REPLACED

“A whip is a great way to get someone to be here now.
They can’t look away from it, and they can’t think about anything else.”
Pat Califia, A Secret Side of Lesbian Sexuality, in: The Advocate, December 27, 1979

New York based artists Ginger Brooks Takahashi and Ulrike Mueller present their new video work “Whip” as well as drawings and paper works. They approach their projects in a process and deal with the venue, its surrounding space and the prevailing social circumstances.
In preparation for their show together, they have been doing research at the Lesbian Herstory Archives in Brooklyn. END_OF_DOCUMENT_TOKEN_TO_BE_REPLACED

The title of KAP no.10 is «KÖRPER ALS PLUS» it refers to the exhibition «Behauptungen ausstellen. Haltungen einnehmen. Strike a pose!».

KAP is published by the art space Lodypop (lodypop.ch) in co-operation with Edit. You can find all past issues of KAP at the website of Edit (edit.li).

Bildwechsel is part of the European art festival ‘WIR SIND WOANDERS’ in Hamburg.

More information about Bildwechsels contribution to the festival coming soon.

If you want to know more about the whole festival please visit the website: wirsindwoanders.de 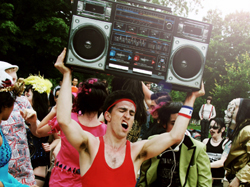 Turning their backs on the notion of mass-appeal and profiting from the accessibility to technology and new broadcast channels, a large and diverse group of people are producing music-videos with a stance that reminds us of what punk was once all about: the do-it-yourself attitude. This is a selection of witty, daring, trashy, queer video-clips you will not be seeing on MTV anytime soon.

For more information about the Lesbian and Gay Film Festival Hamburg check out their website: lsf-hamburg.de